Carpal Tunnel Syndrome, an often misdiagnosed problem, is a common condition that is not necessarily caused by overuse.

The carpal tunnel is composed of a semicircle of wrist bones bounded by a ligament. Within this relatively small space pass nine tendons, the median nerve, and slippery, gliding tissue which allow the tendons to pass one another without friction. When this tissue swells from inflammation, the median nerve becomes pinched. Long-standing pressure on the nerve reduces the nerves blood supply causing some of the nerve fibers to degenerate. Misdiagnosis or inappropriate treatments will result in delays that in turn can lead towards permanent nerve damage.

Symptoms of carpal tunnel syndrome may include: 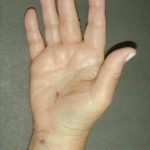 The Brown Procedure for carpal tunnel release is performed endoscopically through 1/4- to 1/2-inch openings, one in the palm and one in the wrist. The procedure is designed to safely isolate and divide the underlying ligament without injury to the normal overlying tissues.

The procedure is performed on an outpatient basis in a matter of minutes. The typical patient can resume normal activity in weeks not months. 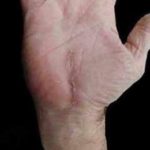 Extensive surgical dissection of the hand required in an open carpal tunnel release may require months of healing and therapy to recover. The postoperative wound persists as a scar in the palm and may be permanently tender.