The sagittal bands are tendinous attachments which maintain the central dorsal alignment of the common digital extensor tendon at the level of the metacarpal head. They may become incompetent from attritional rupture from chronic synovitis or acutely injured by a sudden external flexion force during active extension (traumatic extensor tendon dislocation). Minor degrees may produce visible snapping, but not affect joint motion. Greater loss of constraint allows the common extensor to ate into the inter-metacarpal valley,  palmar to the axis of rotation of the metacarpal head causing paradoxical flexion with attempted digital extension. 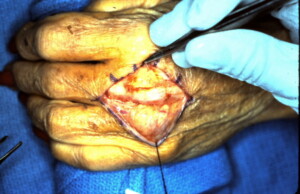 The radial sagittal band has been avulsed off the extensor digitorum comminus tendon. 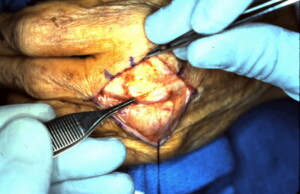 The ruptured radial sagittal band is retracted demonstrating the ulnar dislocation of the extensor tendon. 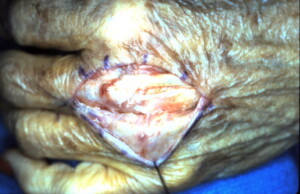 Distally based slip of EDC tendon on ulnar side routed deep to affected tendon and around radial collateral ligament sutured to itself after tensioning to centralize tendon. 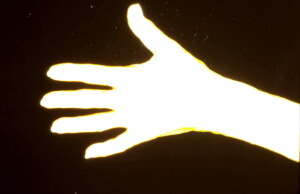 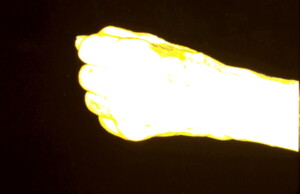