Metacarpal fractures can be treated non-operatively but if they are displaced or unstable it is preferable to repair them operatively with an open reduction internal fixation (ORIF). This allows the bone to be rigidly fixated so range of motion exercises can be started almost immediately post-operatively allowing earlier recovery. 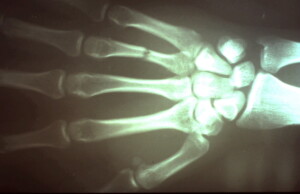 Transverse fracture of the mid shaft of the right 4th metacarpal (MC). 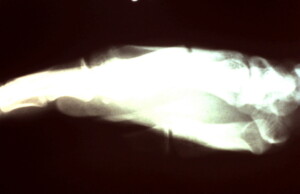 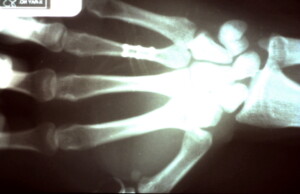 A six hole three dimensional plate was used to rigidly fixate this fracture. 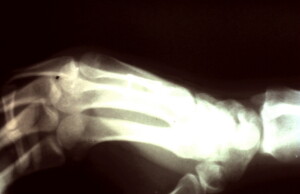 Lateral view with hardware in place, dorsal apical angulation has been corrected. 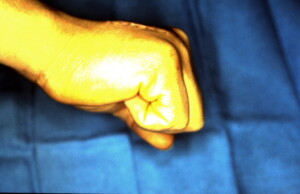 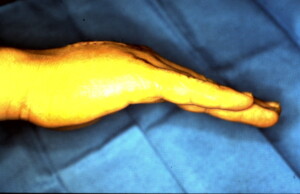 An extension lag is evident but very common and expected this soon after surgery and is generally corrected within 1-2 months.

Some spiral oblique fractures can be repaired with a lag screw technique when the length of the fracture exceeds twice the width of the bone. 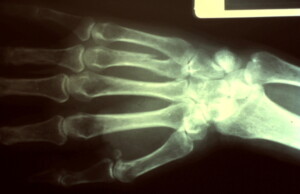 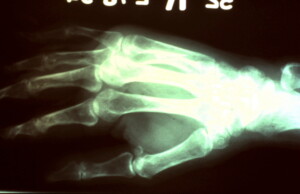 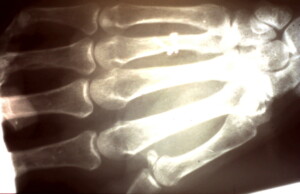 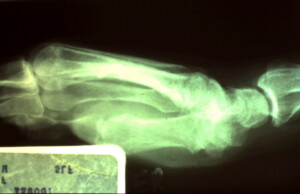 Lateral view showing correction of the angulatory deformity and anatomic reduction of the fracture. 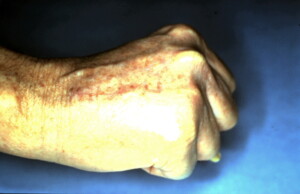